Beyond the Mamba Mentality Kobe Bryant's Career, Life, and Faith 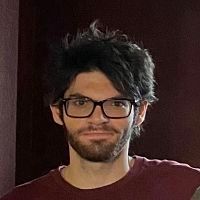 In sports, as in all aspects of life, you often don’t think of your adversary as a teacher or a mentor. Nevertheless, that’s exactly what Kobe Bryant was to many of the people he played against and with, as well all the lives he touched through the game of basketball.  However, late on a Sunday morning on January 26th, Bryant, along with his daughter Gianna, and seven other members of Bryant’s young girl’s basketball team, the Lady Mambas, tragically perished in a helicopter accident in Calabasas, California.

It’s when events like these happen, when the world tells us not to mourn the death of a beloved athlete, but instead to stand back and celebrate their life, that we should ask ourselves an important question.  Why is it only when a person’s journey on this earth comes to a sudden stop, that we show veneration to that person?

The name Kobe Byant aka the “Black Mamba” would often get skipped over in conversations about who was the “Greatest of All Time”(GOAT) in comparison to the esteemed Michael Jordan, and would instead favor the names of Lebron James, Kevin Durant, or Stephen Curry.  After his death, the legendary Bryant was regarded as the “​Greatest Laker of All Time​” by transcendent point guard and previous team manager, Magic Johnson.  Numerous current and retired NBA players, including such notables as Kareem Abdul Jabar, Julius Irving, as well as many coaches from the league displayed sorrow and admiration for the recently retired Laker.

The world saw emotional tweets, beautiful shrines made for him in LA, and creative rule breaking and violation techniques underscoring Bryant’s two jersey numbers “8” and “24” as much of the nation bled purple and gold during that bleak Sunday afternoon.

The Man and His Accomplishments

Bryant’s work ethic and determination was something that even the great “Air Jordan” aspired to.  His “Mamba mentality”, which his competitors spoke about, had nothing to do with size, speed, or even talent but simply the will to outwork any opponent.  Throughout his high school and professional career, many of Bryant’s teammates described seeing him on the court hours before practice started and still there, long after it ended.

His grit paid off as Bryant's 5 NBA championships, 18 All-Star appearances, and 2 Finals MVPs showed.  He was also the only player to have two numbers retired by the same team and to have scored the most points in an NBA game second only to Wilt Chamberlain.  As great as his name was though in the game of basketball though, in April of 2016, after his last career game against Utah where he put up a staggering 60 points, Bryant retired with the words “Mamba out.”

He decided to spend the next several years doing something more fulfilling than any clutch winning shot: raising his three daughters: Natalia, Gianna, Bianka, and later Capri who came along in the summer of 2019.  Despite shaping his world around his wife and children, he still found time to turn his love for he game into The Wizenard Series, a series of books targeted at kids similar to his daughters’ age, which encouraged them to pursue their love for the game, despite the cultural or societal disadvantages many of his young fans would have endured.

He also became the only NBA player to ever win an Academy Award for his film short “Dear Basketball”, which was based on a poem Bryant wrote after announcing his retirement when he felt the need to give the sport he cherished a final farewell.

His desire to foster a passion for the game in the next generation of players, lead Bryant to established the “Mamba Sports Academy”,  whose goal was to promote women in basketball, but which also allowed him to watch his daughter Gianna, take on the family business. Gianna had dreams of playing college ball for the University of Connecticut, Huskies and possibly a career in the WNBA. Endeavors that were tragically cut short.

As the media continues to cover the narrative of Bryant's life as a kind of “god among men” on ESPN and SportsCenter news cycles, and despite his flawless skills on the court and the Laker franchise adoring him, just like the rest of us, he had impurities.

His greatness as a knockdown shooting guard would be contaminated, after allegations of rape surfaced in 2003 from an encounter her had during a stay at a Colorado hotel spa, while awaiting a knee operation. Byant, who was 24 at the time and married to his wife Vanessa, claimed the event was consensual, and was eventually acquitted of all charges in 2005 and eventually settled with the hotel maid involved in civil court.

Many would assume, if they were in a similar situation, their reputation would have been tainted. Nevertheless, Bryant fiercely stated in an La Times interview, “At the end of the day, when it’s my last year, people can look back and say, 'You know what? He had a hell of a career, he was a hell of a person'.”

In the End His Catholic Faith Remained

Bryant kept to himself for the last couple years of his life, but as a family man Kobe and Vanessa remained married for nearly two decades, during which time they created a family foundation for underprivileged youth and the homeless. During all that time though, it was his Catholic faith and belief in God that was the “turning point” when his marriage went south and when everything he had worked hard for was at stake, as well as in the raising of his kids or in the success of his business ventures.  Until the day he died he kept true to his faith, even attending mass and receiving communion at “​Our Lady Queen of Angels​” in Newport Beach hours before his death.

He was incredibly devoted to his beliefs, and instead of using faux loyalty to bolster any agenda or ulterior motives, like so many in Hollywood, his convictions were true to his faith. He never felt that being a celebrity, meant it was okay to cut corners in your professional life or with the people you love. The work he did was good, even in the absence of attention.

While Kobe Bryant is no longer with us, his impact will span all the way from a young child beginning to touch a basketball, to the college first round draft pick trying to fit in with his adult teammates, and all the way to encouraging many women to compete in the WNBA.  His death might make people dread the world around them, but in the scheme of things, realizing how death being the great equalizer is something that is as dispiriting as it is comforting.

Martin Friedenthal
Martin Friedenthal is a student at The University of Texas at Dallas, studying History with a minor in Political Science. His interests include philosophy, religion, and early American colonial life.
Previous Post
Full Story

Modernism and Traditionalism as Expressed in Naked Women