Proving and Explaining God as the First Cause 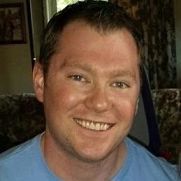 If recent surveys are correct, a growing number of Americans do not believe God exists. Perhaps this trend reflects an advance in rationality and science and a retreat from ignorance and superstition, but if climbing rates of youth anxiety and depression are any indication, this crisis of meaning may partly reflect the fact that many young people have not encountered serious rational arguments for the existence of God.

This is unsurprising. Most students today graduate from public high school with little or no introduction to philosophy. That is a shame. Most of the greatest minds throughout human history thought the existence of God followed from reason and experience. Why?

One demonstration has its roots in Aristotle. It goes as follows. Change occurs in the world around us. Seeds turn into plants. Ice melts into liquid. Cold water becomes warm. What these changes involve is what Aristotle called the “actualization of a potential.” That is, before seeds are actually plants they are potentially plants; before ice is actually liquid it is potentially liquid; before cold water is actually warm it is potentially warm. In other words, change involves things going from “potentiality” to “actuality,” at which point, Aristotle would say, their potential is “actualized.” Good. Now, as we will see, this leads to “pure actuality,” or God.

Second, note that these changes occur over time (as we will see, not all change does). And finally, as Feser stresses in his own illustration, note that the later causes of change--the fire and the air--have intrinsic causal power. For example, after you light it, the fire has the power to warm the air all on its own, even if you drop dead. Similarly, once the air is warm, it retains power to heat the water, even if the fire stops. This, then, is an "accidentally ordered" series of causation. From a purely rational standpoint, a series like this could go to infinity without a first cause.

To understand why, imagine a father who begets a son, who begets a son of his own, and he another, and so on. Like the air and fire above, each offspring has intrinsic causal power (to reproduce). Therefore, if each son has a son of his own, this chain could go forever. Furthermore, since it is as easy to project this trend back in time as it is forward in time, there is no rational basis why the series requires a temporal beginning, or a “first cause.” (In fact, it was on this basis that Aristotle believed the universe was eternal.)

Be that as it may, consider now another type of change. Imagine Shakespeare writing a sonnet. While in the examples above change occurred over time, here change happens simultaneously, or in a “downward” sense at a single moment in time. Consider, for example, the changes involved when Shakespeare moves his hand along the paper as he writes: The paper’s potential to be imprinted is actualized by the pen, while the pen’s potential to be moved is actualized by Shakespeare. In other words, the paper is imprinted as the pen moves, which happens as Shakespeare moves it.

Thus, although completing a sonnet takes time, the act of writing--ie, moving the pen along the paper--involves a series of simultaneous changes. Furthermore, notice that unlike in the examples above, the pen lacks intrinsic causal power. It cannot move itself. Rather, it derives the power to move from Shakespeare, without whom there would be no sonnet. A series like this cannot therefore go to infinity without a first cause. After all, an infinite number of pens have no more power to move themselves and write a sonnet than does a single pen. This, then, is an “essentially ordered” series of causation. Series of this type account for anything that exists, which leads to a first cause of existence, or “pure actuality.”

Here is why. While we have seen that change happens over time (the heating of the water, producing offspring) and at a particular moment within time (the act of writing a sonnet), consider how change also occurs to keep objects in existence. To be sure, maintaining something in existence is not typically considered “change,” but it nevertheless involves the actualization of potentials. Why? To borrow from Feser once more, all physical things--trees, dogs, bananas, water, etc.--are composed of matter. Since matter therefore has the potential to exist as any particular thing, or even as no particular thing, something must actualize its potential to exist in the way in which it does, at any moment that it does.

What we have here is a series of causes that all derive their power from something else: The wood derives power from the molecules, the molecules from the subatomic particles, the subatomic particles from the sub-subatomic particles, and so forth. Therefore, this is an essentially ordered series of causation, which, as we saw, cannot go to infinity without a first cause. To repeat, an infinite number of causes here could no more explain the existence of the wood than an infinite number of pens could explain the writing of a sonnet.  Ergo, there must be a cause that actualizes the potential existence of the wood without needing its own existence actualized by anything else. There must be, in other words, an uncaused cause--a cause with no potential for existence but that simply is pure existence, or “pure actuality.”

The First Cause Is God

First, consider that as the actualizer of all existence, this cause transmits ongoing power to sustain all things in existence. Therefore, it must be all-powerful, or omnipotent. Furthermore, since change entails going from potentiality to actuality, and because this cause as “pure actuality” has no potentiality, it must be changeless, or immutable.

Now anything that changes exists within time, so something changeless must be timeless, or eternal. But then, if something is immutable and eternal, it must also be immaterial and therefore incorporeal.

Additionally, notice that we are describing a cause, not multiple causes. Consider that for there to be more than one kind of a thing, there must be a differentiating quality or characteristic. For example, something might be tall or short, or brown or green, or strong or weak. But since this cause is immaterial and incorporeal, and because as pure actuality it lacks potentiality, there are no such differentiating features, nor could there be in principle. So, it must be one.

Now, although more follows from this analysis, due to space constraints we must close our inquiry here. Nevertheless, we have enough to see that the cause in question is omnipotent, immutable, eternal, immaterial, incorporeal, and one. To be sure, reason alone cannot prove revelation or scripture, but it does demonstrate that this uncaused cause possesses the key attributes traditionally associated with God.

But to return where we began, it is unfortunate that serious arguments for God’s existence are not more widely known. Young people ought to know why luminaries like Newton, Galileo, Descartes, Kepler, Brahe, Copernicus, Bacon, Ockham, Locke, Leibnitz, Aquinas, Augustine, Plato and Aristotle (to name but a few) believed that the existence of God was evident from reason and experience. More than that, they ought to know that life has meaning and that philosophy can help uncover why.

Understanding "The Man Who Was Thursday" by G. K. Chesterton