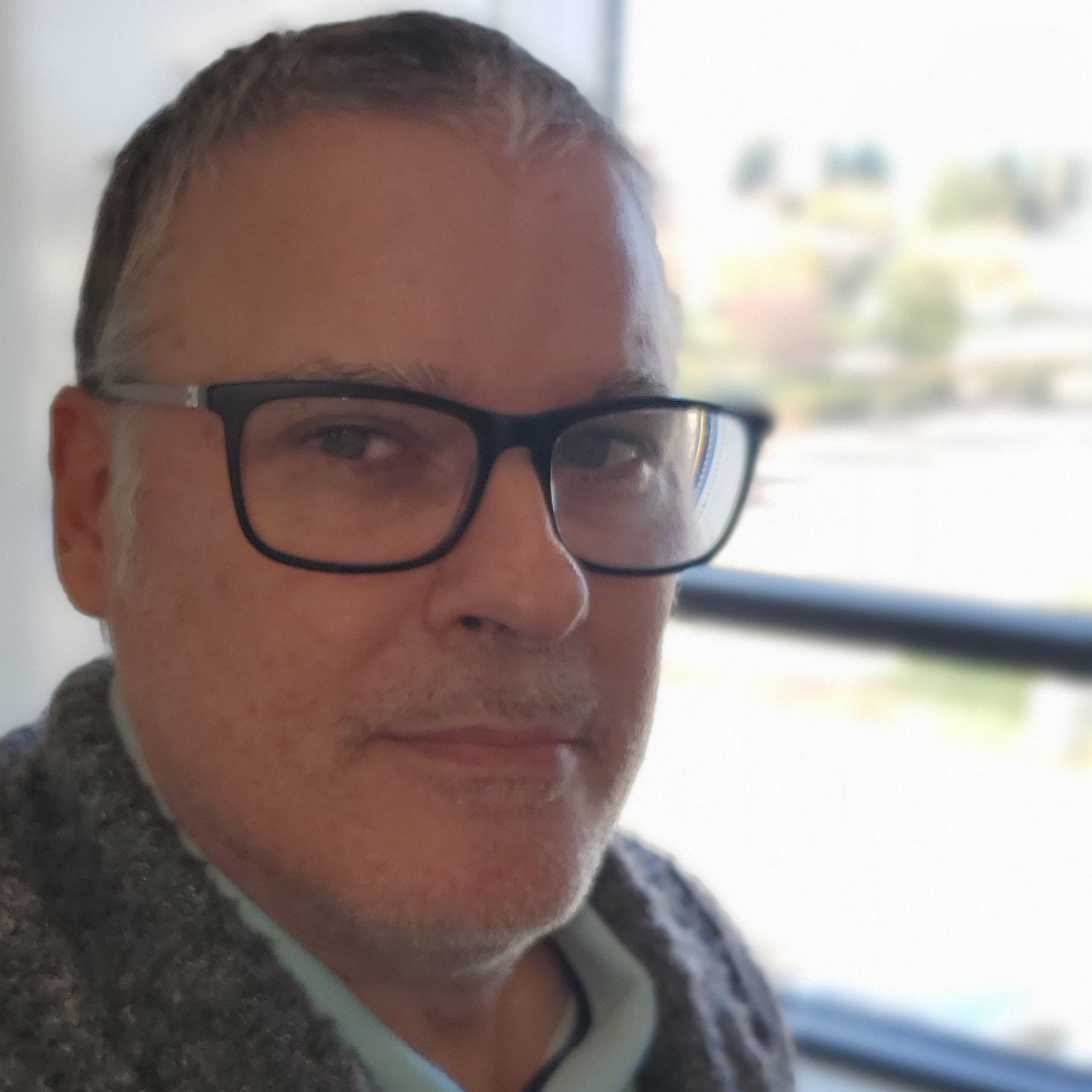 On May 20, 1937, George Orwell was shot through the throat by a fascist sniper on the Aragon Front of the Spanish Civil War. Harry Milton, an American fighting with Orwell in the Workers' Party of Marxist Unification (POUM), stopped the bleeding and Orwell survived. The previous day Milton had written to a friend that "Every foreigner not a Stalinist is suspect and scores and scores have been arrested." The Stalinists within the Republican forces (with the help of the Soviet NKVD) were hunting down Marxist Unification fighters, with the collaboration of the "the Communist and pro-Communist press.”

After his release from the hospital, and discharge from the POUM, Orwell watched in horror as his own commandant, Georges Kopp, was captured and tortured by Soviet forces as a result of the spread of an elaborate Soviet lie that left-wing "anti-fascist" journalists and his compatriots were "fascists" and "insurrectionists." As Orwell wrote in 1938, “In the Communist and pro-Communist press the entire blame for the Barcelona fighting was laid upon the POUM. The affair was represented... as a deliberate, planned insurrection against the Government, engineered solely by the POUM ... 'Franco's Fifth Column' — a 'Trotskyist' organization working in league with the Fascists."

Orwell would later say to his friend Arthur Koestler that "History stopped in 1936."

History May Have Stopped, but the Lies Have Not

If we're being fair, it would be better to say that history stopped in 1931 when Walter Duranty of the New York Times won a Pulitzer Prize for being Stalin’s man in Moscow and lying about Soviet agricultural policy, but who's quibbling about a measly five years, a man-made famine, and five million dead?

"I saw newspaper reports which did not bear any relation to the facts, not even the relationship which is implied in an ordinary lie. I saw great battles reported where there had been no fighting, and complete silence where hundreds of men had been killed. I saw troops who had fought bravely denounced as cowards and traitors, and others who had never seen a shot fired hailed as the heroes of imaginary victories; and I saw newspapers in London retailing these lies and eager intellectuals building emotional superstructures over events that had never happened. I saw, in fact, history being written not in terms of what happened but of what ought to have happened according to various 'party lines'.... Yet, after all, some kind of history will be written, and after those who actually remember the war are dead, it will be universally accepted. So for all practical purposes the lie will have become the truth."

History may have stopped in Orwell’s time, but the lies have not, as the world watches with amazement and disgust — or, in some quarters, reverence — as corporate journalists continually cover up what Orwell called the "smelly little orthodoxies contending for our souls" and report vigorously, endlessly, breathlessly, thousands of stories that bear no relation to facts.

Stories such as the colossally false 2016 narrative that the Trump campaign had committed treason by working with the Russian government to win an election. That the "real" founding of America occurred in 1619. That men can give birth. That the Marxist-led Black Lives Matter riots of 2020 were "mostly peaceful." Or that the January 6 riots at the U.S. Capitol was an "insurrection" and the worst assault on "our democracy" since Pearl Harbor and the Civil War.

The Power of the Written Word to Reshape History

In October 2020, independent journalist Glenn Greenwald wrote that: "The two principles that are being endorsed, not cynically for election purposes but out of conviction, are, number one, that anyone who supports the Trump presidency... [are] people who are fascist, Nazis, and white supremacist domestic terrorists.... And number two, ongoing, that Russia is this existential threat to American democracy." Then "imagine you're someone who believes those things” as Greenwald continues, “and now you have the power in your hand — the power of the Justice Department, the power of the NSA, the power of the Pentagon. What are you gonna do about domestic terrorists, meaning everybody who's kind of against your political project, or Nazi white supremacist militias?"

A year later, in October 2021, Greenwald noted that the three-year Mueller investigation, Trump's double impeachment, and Joe Biden's election weren't enough for the Democrats, even though "a large portion of liberal America [was] led to believe for years that Robert Mueller was coming to arrest all of their political enemies for treason and criminal conspiracy with Russia."

In a post on Substack, Greenwald let loose with both metaphorical barrels:

"Democrats in politics and media... have become the worst kinds of fanatics: the ones who really believe their own lies. Many genuinely believe that they are on the front lines of an epic historical battle against the New Hitler (Trump) and his band of deplorable fascist followers bent on a coup against the democratic order.... At some point, the line between actually believing this and being paid to pretend to believe it, or feeling coerced by cultural and friendship circles to feign belief in it, erodes, fostering actual collective conviction and mania."

But in the fictional world created by Democrats and the corporate media, where history has stopped until all the fascists are seized, tried, and hanged, none of the "fascists" who committed "treason and criminal conspiracy with Russia" in 2016 and "insurrection" on January 6th 2020 have been charged with treason, conspiracy, insurrection, or sedition.

"The harsh reality," wrote Greenwald, "is yet again destroying their cravings for promised vengeance and retribution, and something must be done, lest the cult loyalty be lost forever." That "something" was the January 6 Congressional Committee: "cathartic theater for liberals, and a political drama for the rest of the country." What publisher and editor Roger Kimball called "The January 6 Insurrection Hoax."

But everyone knows it can't stop there if the members of the ruling party really do believe that the GOP has been "hijacked by a cult" of fascist white supremacist anti-Semitic Islamophobes bent on ensuring that "democracy dies in darkness."

Orwell knew a few things about the Bolshevik "Russian Social Democrats" and democracy dying in darkness. After all, the most famous quote ever about totalitarianism might be the one from his novel 1984, where an intelligence operative of the ruling Inner Party of Oceania says: "If you want a picture of the future, imagine a boot stamping on a human face — forever." Chilling, surely, but not as chilling as what Orwell himself said in 1949 when interviewed by the BBC. After quoting 1984 Orwell said that, "The moral to be drawn from this dangerous nightmare situation is a simple one. Don't let it happen. It depends on you."

If we are letting it happen, the reason is simple: Nazism is rightly reviled and suppressed worldwide, but unrepentant Marxist domestic terrorists are honored college professors, colleges pay tribute to communist executioners, high school teachers are "actively teaching pro-communism ideology" and recruiting our children to be revolutionaries, BLM founders admit they are "trained Marxists," and all the left-wing media does is criticize Republicans for noticing.

The Black Book of Communism, published in France in 1997 and then in the USA by Harvard University Press in 1999, notes that despite having "turned mass crime into a system of government ... the crimes of Communism have yet to receive a fair and just assessment from both historical and moral viewpoints. ... And so, all comrade-questers after historical truth should gird their loins for a Very Long March indeed before Communism is accorded its fair share of absolute evil."

On the contrary, the 1945-46 Nuremberg Trials tried 199 Nazi defendants, convicted 161, and sentenced 37 to death. More trials were held in many other countries, including Israel, where Adolf Eichmann was found guilty and executed in 1962. But according to the U.S. Justice Department, 70 Nazis have been deported from America, the latest in February 2021. And since 1979, the DOJ has "won more cases against persons who participated in Nazi persecution than have the law enforcement authorities of all the other countries in the world combined." And yet the POTUS Joe Biden, Attorney General Merrick Garland, and Department of Homeland Security Secretary Alejandro Mayorkas would have you believe that "militant white supremacists" — aka Nazis — are the #1 "persistent and lethal threat" to our domestic security.

If there were any Communist war criminals being deported from America, there would be a shortage of college professors and news reporters. But, as they were in 1936, left-wing journalists are still in the business of discrediting and eliminating their enemies as "fascists" and "insurrectionists." They stopped history, and have been suppressing it ever since.

Encouraging Signs for the Future

There are, however, encouraging signs that the dark night of fascism, ever descending on America, may yet be repulsed. It is impossible to know how many Americans have heard of Hannah Arendt, one of the most influential political philosophers of the 20th century, who said, "There are no dangerous thoughts; thinking itself is dangerous." But I will bet my first pension check that more people in 2021 know that 33-year-old rapper Rihanna recently wore a t-shirt emblazoned with, "Think, While It's Still Legal."

It may not yet be safe to reject the stoppage of history, but it is once again fashionable to think for yourself.

The Trial Ends, but the Fight Will Continue- The Rittenhouse Trial Awaits a Verdict

Beware the Chimera of a Moderate Victory