The Left's Unbearable Presence in Education, Entertainment, and Big Tech 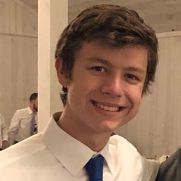 From elementary all the way to the college level, the American public school system is notoriously left leaning. The fact that recent polls shows that 61% of Americans aged 18-24 have a positive view of socialism demonstrates how well leftist institutions have done in raising an entire generation of Marxist-minded political foot soldiers. As a recent high school grad who has endured the public school system’s coercive leftist leanings firsthand, I can say with certainty that this is what I believe is causing so many students to almost reflexively turn toward the government as an answer for all life’s problems.

When it comes to corrupting young minds, I believe teachers are the main problem. Beginning in middle school and early high school, when kids are just starting to understand basic politics, teachers start touting their political views in front of their students. The overabundance of those with strong leftist political leanings in the educational profession has turned the classroom into a place to spread their political messages as often as possible, as proven by both College Board’s BLM post and an online thread of teachers complaining how COVID might interfere with their ability to indoctrinate children. This is something I can personally attest to as well, as I remember a freshman English teacher of mine who told the class that “being a feminist just means you want equal rights for men and women, you’re either a feminist or you’re sexist.”

Because children have been around teachers their whole lives and are taught to respect them as they would their own parents, they often just accept what their teachers say about politics as fact. If a student decides to dissent from or argue with a teacher’s stated positions, very often the teacher will use their power to discipline the students, or in some cases, even lower their grades. This obviously stifles conversation within the classroom, which leads to children being forced to listen to their teacher’s beliefs without having the opportunity to learn, let alone discuss, opposing points of views. What’s worse is that more often than not, the school system does nothing to stop this and are often outright accomplices in allowing teachers to use their positions of power over their students to convince them of their socialist ideologies.

Now some argue that teachers talking about their leftist ideas isn’t a big deal. After all, kids need to be informed about politics so they’ll be prepared to vote when they turn 18. So why does it matter?

To be sure, citizens need to know and understand what both sides of the political aisle believe in order to make an informed vote. The problem is that far too many teachers haven’t been informing children objectively of both sides, and are deliberately polarizing their students for political gain. What they end up learning is that one side of the aisle (the teacher’s) is altruistic and is trying to make a better world, and the other side is orange and bad.

Once again, I have experienced this bias firsthand, as an overwhelming majority of my friends actually believe the Republican Party is fundamentally racist and sexist, and that the only reason for voting Republican is because you’re either ignorant or malicious. Nevertheless, as native Texan, I was lucky enough to have had two teachers who took the time to explain Republican viewpoints to me, and thus keeping me from becoming a full blown communist. Unfortunately, students growing up in states like California or New York have probably not had that same luxury. And while I can’t speak from personal experience as to what goes on inside schools in heavily blue states, I can’t imagine they get too many teachers impartially explaining the difference between capitalism and socialism.

The Leftist propaganda geared towards corrupting the youth is not confined to the school system. Recently, when famous actors get together online and sing ‘Imagine’ by John Lennon, it’s not like anyone above the age of 25 actually cares. On the other hand, younger teenagers  who have already been exposed to the song’s Leftist ideals in the classroom, will take notice when they see who they think are the coolest people in the world preaching the wonders of “no countries” and “no religion”. When kids see people they associate with superheroes preaching online about how “capitalism has failed us” or how Trump should “die in a grease fire”, it is only natural for them to think the same way.

Furthermore, private corporations seem to be pushing the Leftist narrative harder than the democrats do themselves. Fortnite, arguably the most popular video game in the world, recently deleted all of its once prevalent police cars in the game as a response to the death of George Floyd. They also added left-wing political messages on voter suppression into the game, and even went as far as bribing players, who are mostly kids, to watch their progressive messaging programs by giving them in-game prizes. To give credit where it is due, at least the makers of Fortnite are being honest and not trying to hide that they’re explicitly targeting children.

When you consider that more than half of children own a smartphone by the age of 11, the level of influence big tech companies have on the political beliefs of the young minds who play their games or use their apps becomes apparent. Take the case of an iPhone, which has a feature that allows users to scroll to the left of their homepage to see the news cycle for the day. Almost all of the stories are from outlets such as Huffington Post or CNN and are unbearably hateful towards President Trump. Having this function allows the big tech companies to influence the impressionable minds of preteens so much so, that they start to believe and parrot these companies' leftist ideological beliefs, regardless of whether the articles are factually correct or not.

What We Can Do

Unfortunately, it seems that most conservatives already know most of this. We know that schools are twisting the minds of innocent children, and that the Left has control over every major institution in America.  There has even been a term coined to refer to this reality, the MEET Complex, which is “the largely leftist dominated thought and opinion shaping institutions of the Media, Education, Entertainment, and now accelerated with the tools of the Tech Industry.” And yet everyone who has an issue with the Left cramming their ideologies down our children’s throats is doing nothing to prevent the spread of these radical ideas across the nation. When republicans are in power, they don’t repeal any major legislation or pass any laws protecting gun rights or an unborn baby’s right to live. Most of them just sit back and watch while socialists manipulate our children's minds and gradually take over our country.

Conservatives really do need to get their act together. We need to stop worrying about whether people are going to cancel us, or what people around us will think if we express conservative ideas. No influential institution has any incentive to change or get better. At the very least, the education system will continue on with their Marxist indoctrination of our kids in order to create a legion of socialists, as most of us watch and wonder why our nation is falling apart. Unless, that is, conservatives stand up for what we believe and start pushing back. Homeschooling, not buying your kid technology until you’ve instilled a solid political/religious foundation, and consciously avoiding leftist institutions are all necessary in preventing them from being brainwashed. Unless we stand up to the systems controlling public opinion, socialism will prevail and the classic American values we’ve been trying to conserve will cease to exist.

The Last Gasp of Our Major Cities

When Did Christian Virtues Become "White"?