What Belongs in a Restricted Library and Why? The Bible? 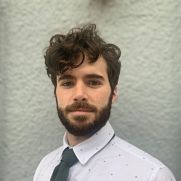 “They didn’t tell him much. Their peeling, faded gold letters spelled words in languages Harry couldn’t understand. Some had no titles at all. One book had a dark stain on it that looked horribly like blood. The hair on the back of Harry’s neck prickled. Maybe he was imagining things, maybe not, but he thought a faint whispering was coming from the books, as though they knew someone was there who shouldn't be.”

No long ago, back in March, it was announced by Dr. Seuss Enterprises that six Dr. Suess’ books would no longer be printed due to their alleged offensive illustrations. The month before saw the delisting of Ryan T. Anderson’s When Harry Met Sally from Amazon’s ebook platform. The sin that both of these books committed is that their content run counter to modern social standards and ideals of “inclusion” and “diversity.” The former book allegedly stereotypes minority groups--specifically Asian Americans--and the latter openly discusses the medical and mental health issues surrounding transgender people.

If a benign and entertaining children’s story and a serious, well-cited and credentialed book written to elevate discussions on an important issue can be banned because of these perceived offenses, what would prevent an attempt by someone to censor the Bible? After all, according to the same modern sensibilities that Anderson and Dr. Suess ran afoul of, the Bible trumps both of those works both in the number and kind of offensive material it contains. What would a serious attempt to censor it look like? And by whom?

Not All Censorship is the Same

Perhaps this is not the best way to frame the question. After all, the nature of the three aforementioned books are completely different. They each have different audiences and serve different purposes. One to entertain small kids; another to inform opinions; and the last to instruct a people in their religion. Only one is considered sacred and so claims to be outside of or above any particular cultural or historical standards.

To complicate matters further, the cases of the two censored authors differ greatly. The decision to censor titles such as Mulberry Street or If I Ran the Zoo, came from Dr. Suess Enterprises itself, and not from any perceived or direct outside pressure. Their motive appears to to have been a desire to maintain sales by gaining credibility with the current cultural ideals of inclusion, diversity, equity and equality. Now it just so happens that the six books that will no longer be printed were never that popular to begin with; so Dr. Suess Enterprises hadn’t much to lose and everything to gain.

The case with Anderson’s book is far more convoluted. He was not informed that his book would be delisted before-hand, and he had little power in the decision-making process about its printing and distribution. His case also highlights a variety of other issues from the censorship of conservative opinions, to the power of Big Tech to influence culture through marketing and social media, to the politics and policies that frame LGBT+ issues, such as the Equality Act. All things considered, Mr. Anderson’s resources for combating his book's censoring by one of the largest book-selling platforms, are slim.

As for the similarities between the two cases, in both instances the books were censored by private companies, not government agencies. And although Mr. Anderson has voiced the opinion that we are not far from a government that has the ability and consent of the people to censor unwelcome opinions, for the time being that reality still seems far-fetched. After all, religious liberty remains a strong sentiment among the majority of Americans, as a recent Supreme Court decision indicated. Thus, any attempt to censor the Bible is not likely to come from the government, no matter what administration is in power. And if Amazon were to delist the Bible from its platform would that not arouse suspicions among users? Nonetheless, as an aside, the fact remains that Amazon has the power to do so, acquiring physical copies of the Bible and other books, music, and movies might be a wise precaution against future digital book burnings!

Nevertheless, while it remains unlikely that Big Tech or the federal government will censor the Bible, there is still one place where an attempt to censor the Bible could come from, and that is form inside the Christian church itself.

Censoring Within the Fold

Some Christians might claim that many mainline denominations have already begun to censor the Bible when they abandoned the conviction that Scripture is the literal Word of God. While there is some truth to this claim, they are not censoring the Bible in the sense of which I am speaking of, i.e. removing or limiting its presence and availability. Access to the Bible is easy and still remains in book stores and on the internet.

However, Christians who abandon the Bible as their rule of faith and life will find little trouble in adopting today’s cultural and worldly standards, and indeed, many already have. They will prize today’s cultural ideals of inclusion by emphasizing God’s love, by which they mean his unconditional acceptance of who we are, while ignoring or downplaying his call for repentance and denying ourselves. The culture in turn will tolerate these kinds of Christians because their beliefs and actions align with their ideals and doctrines such as the one found on “Coexist” bumper stickers.

Thus, the form  of censorship most Christians are likely to encounter is not the burning or discarding of all Bibles. Rather, it will come in the form of censoring particular interpretations of the Bible; interpretations that form institutions and inspire movements that have political consequences, such as those found in traditional Evangelicals and Catholic churches and universities. In other words, Christians who prize biblical ideals over the current cultural ideals.

Placing the Bible in the Restricted Section?

The culture in response might ask, “but how about Christians and censorship? Don’t they censor books and other media too?” Yes they do, but to put the whole of what we have been talking about into perspective, let’s try a thought experiment to help better understand where the lines of the conflict are drawn.

Imagine a Hogwarts-style library described in the opening quote, one with a restricted section that required special permission to enter. What would the reasoning be to restrict certain books? They foster immorality? They hold dangerous ideas? They have obscene language and offensive images? All of these restrictions of course beg the question by what standard do these books foster immorality, have dangerous ideas, or are in bad taste? A modern person might say it comes down solely to what the individual librarian believes and dislikes. An ideologue might say that only books which contribute to the existence of the relationship between the oppressed and the oppressor. A Christian might say it should depend on biblical standards of morality and truth.

With the first standard, we need not quarrel. It is the tension between the last two where we shall focus, since Christianity and religion in general, is considered by some Marxist-steeped ideologues as the “opiate of the masses” or an agent of repression according to Freud’s theory of repression. One wonders though, given the vehemence of an ideologue to their principles, whether there would be a restricted section in a library at all, as its presence in some sense acknowledges the existence and validity of the ideas they are trying to restrict. While I cannot speak with certainty on that matter, the history of ideologically totalitarian regimes around the world, suggests that they would still have such libraries.

As for Christians though, the debate is an old one. As the church father Tertullion famously asked, “What does Jerusalem have to do with Athens?” Throughout the course of history, they have had much to do with each other. At the Areopagus St. Paul quotes two Greek poets and aligns it to a Christian view of the world by showing the poems’ Christian fulfillment. His speech could be seen as a manifestation of his belief that “we do not wrestle against flesh and blood, but against the rulers, against the authorities, against the cosmic powers over this present darkness, against the spiritual forces of evil in the heavenly places” (Eph. 6:12). As well as his desire to “demolish arguments and every pretension that sets itself up against the knowledge of God, and we take captive every thought to make it obedient to Christ” (2 Cor. 10:5).

Who Are the Real Censors?

This history of the Church is filled with times of tense relationships with secular writings, and other times with their smooth adoption. Consider Boethius’ Consolation of Philosophy during the Medieval Church, the pagan and Christian elements in Beowulf, the Medieval cosmology in Dante’s Divine Comedy, and Aristotle’s influence in Aquinas’ Summa.

In a Christian library, there are copies of pagan works, Greek philosophies and histories, and books from foreign lands that are preserved and readily available. None of these would be in a restricted section. In fact, what censorship that did occur in church history was aimed at divergent Christian sects. The Papal Bull demanding the retraction and burning of Luther’s works and the Spanish Inquisition being the prominent examples in my mind.

In the end, perhaps abetter way to frame all of this would be to ask: would there be a restricted section in a library dominated by the ideas of Marx, Freud and Rousseau? And would any book that claims ultimate Truth (a claim which fundamentally oppressive systems make, according to Marx, Freud, and Postmodern relativists) be allowed in their library at all? Again, the history of ideologically totalitarian regimes around the world, tell us what the answer to that question would be. It is a kind of censorship that Christians who live out their faith have experienced throughout history, right up to today. As C.S. Lewis so aptly put in The Weight of Glory, “the modern world says to us aloud, ‘you may be religious when you are alone,’ it adds under its breath, ‘and I will see to it that you are never alone”’.