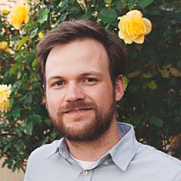 I was recently reminded of G.K. Chesterton’s observation that “children are innocent and love justice, while most of us are wicked and naturally prefer mercy.” While reading my four-year-old daughter the Little Golden Book version of Disney’s Cinderella, she pointed at the stepsisters desperately jamming their feet into the glass slipper and declared “they need to die!”

Shocked, I tried to temper her passion, encouraging her to view the sisters with mercy. But to her, no doubt, my talk of mercy must have been total nonsense. My efforts were unneeded, however, for her demand for justice was ultimately denied, as the stepsisters don’t receive their comeuppance in Disney’s version of the fairy tale. Had I read her Brothers Grimm's version, she would have been more satisfied: at Cinderella’ wedding, pigeons peck out the stepsisters’ eyes and the tale concludes “thus, for their wickedness and falsehood, they were punished with blindness as long as they lived.”

I’m realizing the Brothers Grimm had it right, in that children need to know that wickedness deserves punishment. That’s the first step to understanding mercy. Adults speak the language of mercy; children speak the language of justice, but the former is predicated on the latter. In other words, I can’t expect to teach my daughter mercy until she understands justice. To put it in the Christian idiom, she must first grasp that “the wages of sin are death,” before understanding that “the gift of God is eternal life.”

Most parents today shield their children from the violent imagery found in Grimm’s fairy tales. But if you’ve had enough conversations with young children, you’ll find that they already think a good deal about violence and death and what it all means, so sanitizing fairy tales will not stop children from thinking what they naturally think. If children are nursed on fairy tales that have been sanitized to appease the sentiments of adults and not left alone to nurture their own spiritual development, it will damage their ability to develop a sense of justice, and thus their ability to receive and offer mercy. This will lead them to find other less-than-merciful ways to satisfy their malnourished sense of justice in later years.

Take, for example, the response to Liam Neeson’s confession that nearly forty years ago, he fantasized about killing any “black bastard” after a close friend had been raped by a black man. Fully aware of the condemnation such thinking deserves, he was disgusted by his own “primal urge.” Even though he shared his confession with shame and humility, he was widely condemned for even having had such evil thoughts. He was branded the “representative of racial terror” and the red carpet premiere of his film Cold Pursuit was canceled, some even demanded his digital removal from the latest Men in Black movie, and others were dismayed that he might even walk away from the comment “unscathed,” as a result of his “white privilege.” Similar to my daughter, Neeson’s critics pointed at him and declared, “you need to die!’

And of course, his critics, like my daughter, are right. The wages of sin really are death, and thus Neeson needed to die. But that’s not the whole story. In order to move from justice to mercy, we first need to know wickedness deserves punishment, and then we must see ourselves on the losing end of that equation. We, too, sin. We, too, deserve death. We must point to ourselves and declare, “I need to die!” Again, in the Christian idiom, we must understand that “all have sinned and fall short of the glory of God.” Neeson recognized this and got there first, but his critics with their easy condemnation were the ones who were late to the party. Unlike most, he was able to recognize his sin and then confess it publicly.

Yet the historical resonance surrounding his confession made it difficult for many to accept. “Neeson’s intention of killing a random black man to avenge the rape of his friend recalls the history of American lynching, the mob murders of black people by white people,” explains Moira Donegan in the Guardian. “In Neeson’s mind, all black men were of a piece with one another, an undifferentiated group that was uniformly menacing and collectively responsible for what happened to his friend.”

But Donegan is actually too narrow in her scope and condemnation. Seeking vengeance on a member of a group for the crime of a specific individual of that group is by no means a sin unique to whites. During the 1992 L.A. race riots, four black rioters, filled with rage against the exonerated white policemen who brutalized Rodney King, felt the need to find and kill any white “bastard.” They found Reginald Denny and sent him to the hospital with 91 fractures to his skull. Or when the Tutsi rebel Paul Kagame was blamed for shooting down the plane of Hutu Rwandan President Juvenal Habyarimana, Hutus unleashed unimaginable violence against innocent Tutsis.

Donegan could have laid much more at the feet of Neeson than just the history of black lynchings, because she was in fact identifying the kind of sin that is at the root of all ethnic and tribal violence. And here was Neeson saying, “that’s me.” Never committing the act of violence, he nonetheless looked into his heart and saw the presence of a terrifying evil.

Neeson is not alone in receiving a public flogging for his moral shortcomings, past or present. Think of Kevin Hart, Al Franken, “Papa John” Schnatter, and Garrison Keillor, just to name a few. Unlike some, I don’t think the outrage motivating these public shamings is insincere “virtual signalling.” The desire for justice is real. But their understanding of justice is underdeveloped, so in its place we find the adoption of many in our culture of some secular creed of moral do-goodism, a sort of religion unto itself without metaphysics, without sin, without confession, without redemption, into which they now baptize their children.

An example of this is author Julia Scheeres who wrote about “raising children without the concept of sin.” Scheeres reacts strongly to her strict, fundamentalist upbringing in which “sin was the inflexible yardstick by which [she] was measured.” In her teenage years, she abandoned her faith after reading Carl Sagan and is “no longer motivated by fear of an unproven hell, but by real-world concerns about injustice and inequality.” So her daughter will know nothing of sin, hell, or the demands of ultimate justice from a perfect God. Instead Scheres says her daughter is “empathetic, loving and kind” and has her own “moral code,” which she follows “not from obligation, but from her own desire to make the world a better place.”

Scheeres’ story should sound familiar and we all know someone who fits the mold: the religious upbringing, the loss of faith in young adulthood. But in throwing out the Bible and the Brothers Grim, Scheeres’ daughter and other children like her will suffer in life because they lack the very thing Scheeres removed from her daughter’s upbringing: a “yardstick” by which their own conduct must be measured. Yes, Scheeres’ own parents wielded the yardstick with a heavy hand, causing her unhealthy shame at the slightest infraction. But to be raised with a poor diet is no reason to starve your own children.

It’s hard to see how Sheerers’ daughter will ever understand that she too falls short, for by what standard does she live by other than one of her own invention? Without knowledge of sin, and thus of her own sins, how will she ever know, experience, or offer mercy? How will she respond when someone stands in the way of her making “the world a better place” according to her own “moral code”?

The thirst for justice is strong in children. To deny them drink is to deny them redemption. The next time my daughter pronounces a death sentence on a wicked sinner, I won’t talk her out of it. I’ll agree: they do need to die. And then I’ll wait for that horrible moment when she realizes that she too needs to die. When that time comes, I will pray with her, “forgive us our sins, as we forgive those who have sinned against us.”

Sheldon Dance
S.A. Dance is a teacher and writer in Northern California. His writing has appeared in The American Conservative, Quillette, The Federalist, and Christ and Pop Culture.
Previous Post
Full Story

[Safe]- A Prescient Movie for Our Times