There Is No Good Reason for Communion in the Hand 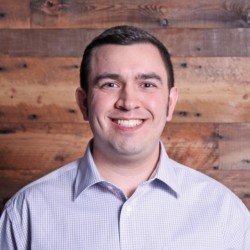 The topic of this post was chosen due my own journey in finding the Traditional Latin Mass, as it was one of the first integral steps that helped guide me along the way. My wife grew up only receiving on the tongue, and we discussed this a good amount shortly after we first met. After a bit of reading, I could quickly see that she was right in suggesting this as the proper method.

I grew up Catholic and attended the Novus Ordo. Recalling my first communion classes, we were taught how to properly hold our hands together in order to receive the Blessed Sacrament (in the hand). The point was never made as to why it was done this way or the history behind it, rather than receiving only on the tongue.

Therefore, I would like to take a look into the history of this most glorious part of our faith and see what conclusions may be drawn.

The History (or Lack Thereof) of Communion in the Hand

If we take a look at the writings of St. Basil the Great, it is evident that communion in the hand did occur in the early Church. But, this was allowed only in extreme circumstances and seemingly not preferred, as seen in his 93rd letter:

It is needless to point out that for anyone in times of persecution to be compelled to take the communion in his own hand without the presence of a priest or minister is not a serious offense, as long custom sanctions this practice from the facts themselves.

He continues with another scenario:

All the solitaries in the desert, where there is no priest, take the communion themselves, keeping communion at home.

It would seem that this was not a common occurrence at the time, and was considered with great caution and specific circumstances. There is also evidence of the emphasis and high preference of receiving communion on the tongue instead, through the implication for us to receive in the mouth. Pope St. Leo the Great wrote the following in the third part of his 91st sermon:

For when the Lord says, "unless you have eaten the flesh of the Son of Man, and drunk His blood, you will not have life in you (John 6:53)," you ought so to be partakers at the Holy Table, as to have no doubt whatever concerning the reality of Christ's Body and Blood. For that is taken in the mouth which is believed in Faith, and it is vain for them to respond Amen who dispute that which is taken.

Take the following the words of Our Lord in John 6:52 into consideration:

If any man eat of this bread, he shall live for ever; and the bread that I will give, is my flesh, for the life of the world.

This, along with the persistence by Christ that the bread and wine in which He has given us is indeed His Body and Blood, indicates that we should take enormous caution when receiving. The Blessed Eucharist is Our Lord, and requires a great level of reverence and honor, as is due to God in all things, but most prevalently in His Real Presence.

Holy Communion Isn't Something Anyone Can Handle

So, why shouldn't we take communion in our own hands? For one, it is a potential danger to improper handling of the Eucharist. This does not necessarily require intent; accidents happen and such occasions should be avoided if at all possible. Why take the risk at all?

We are not prepared like a priest or even worthy to handle such a precious gift with our mere hands. As part of a priest's ordination, their hands are consecrated for the sake of handling and administering the Blessed Sacrament. This is an action which has been passed down since Christ founded the Church, and thus has been upheld through Apostolic Succession since the first Mass of the Last Supper.

The Church teaches that every particle of the bread and wine are completely Christ's Body, Blood, Soul, and Divinity after consecration takes place, no matter the size. Therefore, we should ensure to take proper care of the Body and Blood of Our Lord throughout the entirety of the Holy Sacrifice of the Mass. This is specifically why only priests should handle the Eucharist. The Angelic Doctor, St. Thomas Aquinas, supports and summarizes the dispensing of the Blessed Sacrament only by priests rather well:

The dispensing of Christ's body belongs to the priest for three reasons. First, because, as was said above (Article 1), he consecrates as in the person of Christ. But as Christ consecrated His body at the supper, so also He gave it to others to be partaken of by them. Accordingly, as the consecration of Christ's body belongs to the priest, so likewise does the dispensing belong to him. Secondly, because the priest is the appointed intermediary between God and the people; hence as it belongs to him to offer the people's gifts to God, so it belongs to him to deliver consecrated gifts to the people. Thirdly, because out of reverence towards this sacrament, nothing touches it, but what is consecrated; hence the corporal and the chalice are consecrated, and likewise the priest's hands, for touching this sacrament. Hence it is not lawful for anyone else to touch it except from necessity, for instance, if it were to fall upon the ground, or else in some other case of urgency.

We Should Kneel Before God, Not Try to Shake His Hand

In addition to receiving on the tongue, it would seem best to kneel at the same time. The Traditional Latin Mass enforces this via the communion rail. This is quite proper, as we should always kneel before Our Lord, especially when receiving him in the Blessed Sacrament. Doing so also helps us to focus and contemplate as to what is occurring before us, allowing for our full attention to be aimed towards adoration for Him. The seconds we spend kneeling just before receiving (waiting for those near us to receive first) gives us time to prepare and contemplate, yielding to God our most precious thoughts and prayers.

The Mass is offered for four ends: adoration, thanksgiving, atonement, and petition. Such is the perfect time to offer to God our intentions just before receiving and the time shortly thereafter. Prayers that are offered after taking communion are also more efficacious, as Our Lord and His graces are within our souls during this time. For He said in John 6:64:

It is the spirit that quickeneth: the flesh profiteth nothing. The words that I have spoken to you, are spirit and life.

Ultimately, we should always give the utmost adoration and reverence towards the Holy Eucharist. Thus, it seems only logical and just to receive this most blessed gift in such a way that helps us to surrender ourselves to the will of God so that He may pour His grace upon us with such tremendous love. Recognizing this has helped me tremendously to grow my faith and to attain full and true belief in the Real Presence of Christ in the Eucharist.

Earlier this year, Cardinal Sarah rejected the continued and wide spread use of communion in the hand, as he says it leads to a lack of reverence and belief for the Blessed Sacrament by the faithful. Here is a preview of some of his words regarding the matter:

The most insidious diabolical attack consists in trying to extinguish faith in the Eucharist, sowing errors and favouring an unsuitable manner of receiving it.

In light of all this, there is really no good reason for continuing to receive communion in the hand.  I recommend that all serious Catholics consider receiving on the tongue while kneeling, and see how it transforms you over time. If one is to give full devotion to Our Lord, as we all should, this is an excellent beginning.

As a concluding thought, please consider this everlasting account from the Beloved Disciple, which should dismiss all remaining doubt, in John 6:55-59: