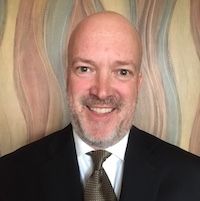 For those who may not know, the 1619 Project is an initiative from the New York Times Magazine that began in August 2019. Its stated aim is to reframe the country’s history by placing the consequences of slavery and the contributions of black Americans at the center of a national discussion; an unquestionably important and noble cause.

According to the project’s original essay, the significance of the year 1619 (and the reason for its use as the project’s name) is that on this date, colonists are known to have brought twenty to thirty enslaved Africans to Jamestown, Virginia. As a country we are not proud of this portion of our history, but this fact is not in dispute. The author of the project goes on to label the arrival of those men and women ashore in 1619 as the beginning of “American slavery,” and goes even further to make the claim that this single act should be considered our country’s defining moment.

The 1619 Project was and remains controversial due to a number of claims made by the author regarding slavery. For example, the project appears to suggest that because slavery existed at the time the Declaration of Independence was signed, all of the drafters were therefore insincere in affirming the equality of all men. It should be mentioned that some of the claims of the project have since been softened by its main author, specifically its original contention that the protection of slavery (as an institution) was the main purpose behind why the colonists fought the Revolutionary War. It was later changed to it being a motivation for only “some” of the colonists.

Picking an Arbitrary Date for an Ordinary Reason

As there is earlier evidence of slaves in America, it is not entirely clear why the year 1619 represents the beginning of slavery from the project’s perspective. It is possible that the title was based on 1619 because it represented the first commercial activity related to slavery in America, or possibly because of the large number of slaves that were involved. Regardless of the project’s rationale for picking that date, most historians would agree that 1619 does represent the first year that slaves from Africa arrived in the former British colonies.

Although not specifically stated, another major purpose of the project appears to be an attempt to find the earliest event of general importance with which to define America. As evidence of this intent, the original essay points out that the arrival of slaves at Jamestown in 1619 took place 157 years before English colonists declared independence in 1776. Thus, the project ultimately finds that it cannot be argued that our country was founded based on the principles contained in the Declaration of Independence (i.e., that “all men are created equal”), but instead upon the institution of slavery. In other words, it appears that the logic of the project is that slavery must be considered our defining moment, at least in part, because the events of 1619 in Jamestown occurred prior to the events of 1776. This is purely a technical approach.

While 1776 and the drafting of the Declaration of Independence is discussed in some detail by the main project paper, one subject that was not addressed is religion. While the author does make reference to the landing of the Puritans at Plymouth Rock in 1620 (which historically is more accurately attributed to the Pilgrims), the author does not comment on this event, except to clarify that that the importation of slaves to Jamestown in 1619 occurred one year prior to the Pilgrims landing at Plymouth Rock. This basic statement, along with the lack of any reference to its significance, gives further support to the first-in-time logic being applied by the project. Thus, although the religious liberty the Pilgrims were seeking in America is what many have understood to be one the founding principles of our country, applying first-in-time logic, the Project’s authors appear to conclude that based on a technicality, the year 1620 should not be considered a defining moment for our country.

But why focus only on the religiously-inspired events of 1620? A review of American history shows that there were numerous events tied to the exercise of religious beliefs and freedom that took place on American soil prior to the arrival of the Pilgrims in 1620. For example, as early as 1526, Spanish missionaries attempted to establish colonies in present day Georgia and South Carolina. Later, in 1542, Dominican Juan de Padilla planted a cross in what is now present day Kansas. And, in 1564, a group of French Protestants who were searching for religious freedom sailed from France, arrived in what is now present day Florida. Finally, just one year earlier, the first Christian worship service (the feast of Saint Augustine) took place in present day Florida in 1563, near what is now the oldest continuing settlement in the United States, the city of Saint Augustine. So while the Pilgrims landing at Plymouth Rock in 1620 is no doubt both a popular and well-known example of Europeans traveling to America for religious reasons, it was definitely not the first event of its kind.

These religiously-connected events not only pre-date the year 1619, but were done with a specific foundational intent and were not merely circumstantial in nature. They serve to demonstrate a true defining principle (and collectively, numerous defining moments) on which this country is based—the free exercise of religion. If one is so inclined, one could go even further to suggest that these examples represent more than just the free exercise of religious beliefs, but instead demonstrate the promotion of Christian ideals in the New World.

In the end, the 1619 Project’s use of the first-in-time approach to claim that the nation was based on and should be defined by the institution of slavery in 1619, is not supported by historical facts. Such an approach focuses only on an existing reality from the year 1619, and misses a number of other far more significant foundational realities. From the earliest settlements, Americans were a strongly religious people who brought their faith to the New World not merely for personal gain, but to impact society and the future of those who chose to live there.

The true defining moment (or moments) for our country involved individuals seeking to promote their religion and/or religious freedom in America, with Christianity being the common denominator in all cases. While the existing reality of slavery characterized this nation for far too many years, if one is seeking a birth date for our country, the worship of God by Christians provides numerous defining moments and a true foundational reality for what would become the United States of America.

The March of Dimes: Voting and Its Effect on Individualism