Forever in Peace May She Wave: A Family Flag at Omaha Beach...and Morning Glory Road 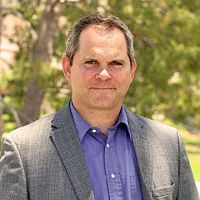 One year ago during the 75th anniversary of D-Day, the college wind orchestra that I conduct performed a treasury of solemn patriotic music underneath one of the most profound flags on the planet. It is the one which stands high above the Normandy American Cemetery built to honor the nearly 11,000 American soldiers who are buried there.  Sweet freedom’s song has never swelled the breeze so meaningfully in my lifetime, as it sounded for hundreds of WWII veteran heroes who strolled the grounds and shared stories with the thousands that had traveled there to thank them.

One week prior, I was engaged in another great American pastime, the Costco run, when I walked past the American flag display. Knowing that I’d soon be walking in a parade down the one mile stretch of road fronting Omaha Beach, I wanted to carry the Stars and Stripes and then bring that flag home with me. Thinking of this as a keepsake, I looked up the flag brand on my phone. Aside from it having the “most durable stitching” and “best weather resistance”, it was also made by the same company whose flags have “draped the caskets of U.S. presidents for the last four decades,” and “encouraged American troops as they landed on the shores of Normandy.” Perfect. I laid it on top of my massive cart and then went home to pack... but this new flag didn’t make it into my suitcase.

It dawned on me that, in the course of human events, it became necessary for the "citizen soldiers" of World War 2 to take Omaha Beach to ensure that, among many other significant things, someone like me can get advanced degrees, get married, baptize our children, and scrape up enough money for a first home down payment. So by God, that home needed a flag, but it had to be a pretty cheap one because the kids needed diapers. When packing, I realized that all of this represented something more worthy of being waved on Omaha Beach than the top of the line flag I now can afford.

My family flag, like other famous ones that came before it, found itself at the center of a heated battle one Fourth of July. As we headed outside, my young kids came to tears as they fought over who got to carry the cool eagle-tipped pole while the other got to carry the less spectacular piece of cloth. A ceremonial disaster was averted by giving the flag-holder the important job of standing by my stepladder and holding the bottom of the flag to ensure that it wouldn’t touch the ground. Peace at last - with a dose of flag etiquette!  The raising of the family flag was a routine (with roles switching each time of course), capped by singing a verse of “My Country ‘Tis of Thee” or “You’re a Grand Old Flag.” Then we’d go in for breakfast.

Back at the 75th anniversary of D-Day, the band, conducted by WWII veteran Col. Arnald Gabriel, intoned “America the Beautiful” at the Omaha Beach memorial. My 16 year old son and I carried the family flag out toward the water. The tide was low and the beach was vast and mucky, a terrible surface for running for your life. With the family flag in my right hand and my left arm around my son, I told him how grateful I am to live off of what had been earned in this sand - a citizenry that is the most fortunate in all of human history.  The significance of which, was not lost on him.

Our family flag, a grand old flag that had been to Omaha Beach, is back on its front perch on our house on Morning Glory Road, a little frayed but with some added luster. This year, I am standing below it as a lone musician, playing Taps on my trumpet so my neighbors may have a Memorial Day moment of remembrance at a time when civic ceremony gatherings are halted due to the pandemic. Compared to last year’s D-Day remembrances in Normandy, there’s not much to this homely ceremony, but this is the point: Forever in peace may she wave, one of a million flags that signify  the life, liberty, and pursuit of happiness that has been earned for us, and that we must earn for our children.

I’m going to save the new flag that didn’t make the cut last year for the day my son moves into his own home and starts his own family. That day, the new one will be for me. My son will get the better flag, the one with frayed edges that he carried with me on Omaha Beach, the priceless one that I could barely afford back in the day. He’ll walk his children to the front porch and they will think he is ancient when he tells them that when he was little he knew his great-grandfather who was one of the heroes of the Pacific Theater (and by God, they will know what the Pacific Theater was). He will teach them to carry the family flag with reverence, and they will sing “sweet freedom’s song.”  Then, they’ll go in for breakfast.

Jeff Held
Jeff Held is an assistant dean in the School of Arts & Sciences at Concordia University Irvine, conductor of the Concordia Wind Orchestra, which performed to commemorate the 75th anniversary of D-Day.
Previous Post
Full Story

Here's What Learned Delivering Food During the Quarantine

Is the Death of George Floyd Already a Lost Opportunity?